#ThirdSectorCongress: how to bridge the digital divide among the most vulnerable people

More than 130 social action agents in Spain reflect on the urgency of digitising their sector.

At Fundación Telefónica we believe it is necessary to promote the digitalisation of social organisations to facilitate their work and, above all, to improve the lives of the most vulnerable groups. To this end, we have organised the ‘Third Sector Congress: digital transformation as told by its protagonists’, held in Madrid on 12 and 13 July. As Carmen Morenés, Director General of Fundación Telefónica, emphasised at the inauguration: “It is important that this technology reaches those who need it most”.

These are just four examples of the multiple applications that technology can offer in the field of social action, the main theme of the Third Sector Congress held in Madrid on 12 and 13 July with the attendance of more than 130 social entities and 400 people.

Two days dedicated to exploring innovative formats that enhance the digitisation of social action, and big data applied to social intervention, cybersecurity for social entities, digital communication and marketing, fundraising and technologies for social entrepreneurship and innovation… As a result of the pandemic, we are experiencing a technological and digital acceleration like never before and “it is important that this technology reaches those who need it most”, stressed Carmen Morenés, Director General of Fundación Telefónica, during the opening of the #ThirdSectorCongress.

The Director of Social Action and Volunteering at Fundación Telefónica, Carlos Palacios, warned of the digital divide that has been created in the most disadvantaged groups by the accelerated irruption of Artificial Intelligence, big data and other cutting-edge technologies, which is why he encouraged the various players in the associative world to “initiate this transformation, each at their own pace”. 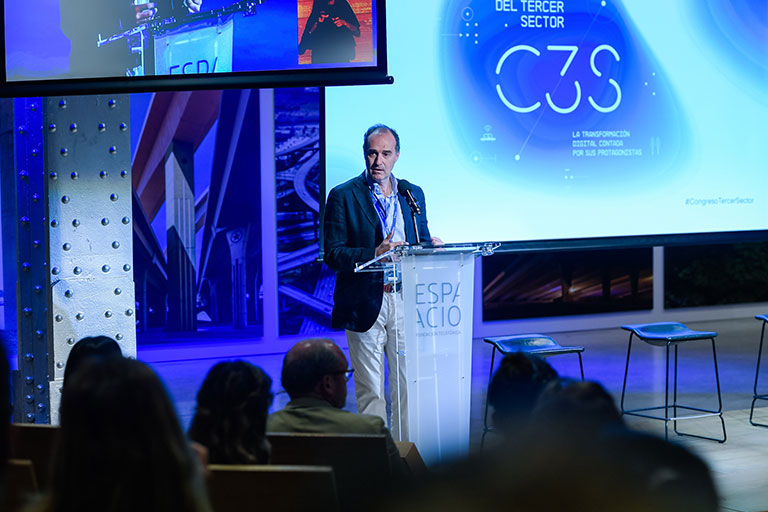 “The digital divide is, in fact, a new form of vulnerability,” he said, “it affects social entities and the groups they serve to a greater extent. Hence the urgency of “providing them with tools to help them in their digitisation process”. However, Palacios stressed that “true digitalisation is not only about training and education, but also about really understanding what these tools are for”, and insisted on the benefits that their application will bring to the third sector.

The role of Big Data in social intervention

During the first day of the congress, needs and concerns related to the digitisation of the Third Sector came to the fore, such as big data applied to social intervention, cybersecurity for social organisations, how to digitise social intervention projects, fundraising, communication and digital marketing and technologies for social entrepreneurship and innovation.

It was attended by experts in new technologies, representatives of social entities and political decision-makers, including, Elena Gil, Head of Big Data at Telefónica Tech. In her presentation, entitled ‘Why Big Data can be the great ally of social action’, Gil stressed that the main challenges that exist are no longer technical, because technology is now mature, but have to do with talent and cultural barriers, to be able to transform decision-making;  and also with data privacy, security and ethics, to ensure their proper treatment.

In addition, representatives of Autismo España, Acción contra el Hambre, Educo and the Universidad Pompeu Fabra explained to the audience different projects in which data mining and artificial intelligence are already being applied to prevent suicide and cases of bullying, early detection of autistic spectrum disorders (ASD) through newborn gazing; and monitoring of the rates of child malnutrition.

Digital language in the Third Sector

During the second day of the Congress, a coop was given on the keys to public funds for the Digital Transformation of the Third Sector in what will be an unprecedented call for proposals to be published by the government in the coming weeks. This was announced by José Miguel Machimbarrena, Deputy Director General of the Third Sector, after thanking Fundación Telefónica for giving him the opportunity to be able to understand the needs of digitisation in social organisations. 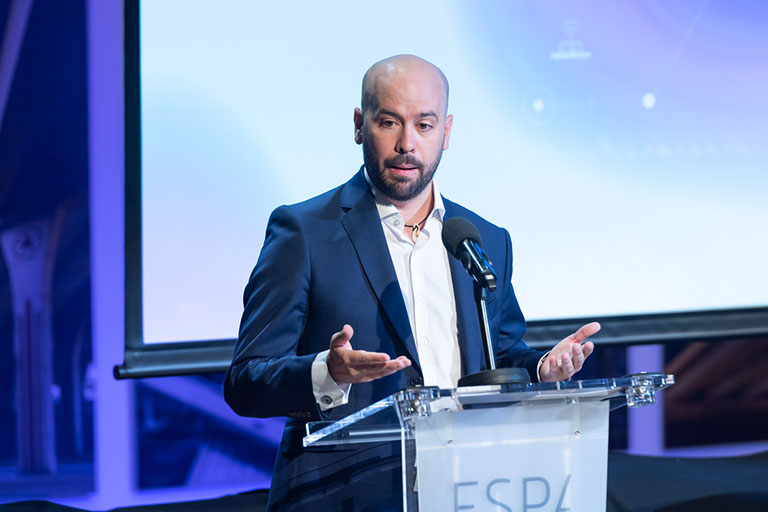 Awareness and visibility of Third Sector entities in online environments is imperative. María Pin, deputy director of Society and Culture at Europa Press, spoke about this issue in her presentation “How to publicise the activities of my organisation”, in which she showed some examples from the Red Cross and Help!

Awareness and visibility of Third Sector entities in online environments is imperative. María Pin, deputy director of Society and Culture at Europa Press, spoke about this issue in her presentation “How to publicise the activities of my organisation”, in which she showed some examples from the Red Cross and Help!

#ThirdSectorCongress: how to bridge the digital divide among the most vulnerable people