The exhibition is based around three themes: the work of Juan Gris – 11 exceptional pieces by the Madrid-born artist; the vision of other forms of Cubism in the works of other contemporary artists working in Paris at that time (Gleizes, Metzinger, Marcoussis, Lhote, Valmier, María Blanchard, etc.) and finally the international expansion of the movement reflected in works by Spanish and Latin American artists.

Following the success of the Telefónica Cubist Collection in the numerous cities where this travelling exhibition has been shown, it continues its travels to the Fine Arts Museums of Spain, having already been shown in Bilbao (2013) and Seville (2014).

The exhibition is rounded off by the documentary Juan Gris. Cubism and Modernity by José Luis López-Linares and a multimedia guide to Cubism and Juan Gris with a selection of commented works, which is available as a Telefónica Foundation app in the Play Store.

Many forms of Cubism 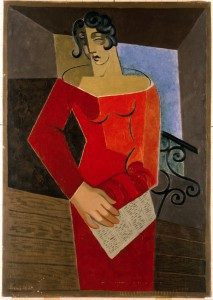 The Telefónica collection underlines the diversity of Cubist techniques and ideas over the years, as Cubism was much more than just avant-garde art: it was the artistic movement that opened the door to modernity. There was not just one but many forms of Cubism. Founded in Paris in the early 20th century by Braque and Picasso, its timeframe extended well beyond the 1920s when other artists adopted and then redefined it.

By means of a revolutionary approach to painting, Cubism forever changed the way we look at painting: the eyes now had to travel over planes, lines and colours set out according to their own rhythm that not only invited a sensorial viewpoint but also an intellectual exercise of reconstruction.

Above all, Cubism is based on a painstaking task of deconstructing reality, of abandoning conventional perspective, of an absence of detail and the geometrization of forms. Its transformative capacity turned it into an aesthetic legacy that has endured over the years.

Juan Gris, the purest of Cubists 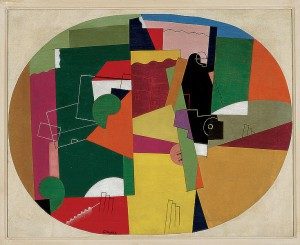 Juan Gris developed a concept of painting that not only formed the consistent backbone of his entire aesthetic trajectory but also had a powerful influence on that of other artists, from his own era through to the present. He joined the Cubist movement when it was already in existence, only to redefine it and create a universal artistic language related to modern classicism and abstraction known as Second Cubism or Synthetic Cubism.

Juan Gris did not start with nature before moving into abstract, but started from abstract to move to geometry and from the flat colour plate to reality. A new definition of Cubism took place between 1916 and 1923, which brought unity to the artwork, now transformed into an architectural representation of forms and colours.

For Juan Gris, Cubism was not a pictorial process but an aesthetic, a spiritual state that imbued his vision of modernity. The artist is represented in Telefónica’s Cubist Collection in all the diversity and complexity of his output. From works from the first decade of the 20th century characterized by the fragmentation of image, the restrained colour palette and the rigorous geometrization of forms through to his work from the 1920s, more harmonious in terms of colour, more lyrical and more naturalist, including the outdoors, organic life and curves. Juan Gris always sought a dialogue between painting and poetry. The inventor of plastic rhyming, a type of aesthetic metaphor, his canvases hide symbolic games, correlations of forms and figures that imbue his eternal works with great plasticity and sensuality.

The Cubist Movement in Paris

Traditionally, the history of art has placed Cubism as starting in 1907 and ending in 1914. However, at the time of Cubism, being a Cubist was somewhat more complex and diverse.

The first artistic vanguard of the century not only included Picasso and Braque but other important artists of that time. Some of them adopted the Cubist aesthetic from early on, such as Picabia, Duchamp, Lipchitz, Leger, Gleizes and Metzinger, the last two of whom wrote Du “Cubisme”, a highly influential book which explained their theory of two-dimensional and multidimensional perspectives. Others joined later, such as Dufy, Derain and the Delaunays; and also María Blanchard, for a brief but very intense period, during which she created a series of still-lifes of tremendous geometric purity. Another disciple was Guillaume Apollinaire, who wrote the book that would serve as a false manifesto: The Cubist Painters.

A study of the Parisian milieu between 1914, the year of the outbreak of the First World War, and 1924, the year of the publication of the Surrealist Manifesto, has demonstrated the longevity and progress of the Cubist experience, illuminating a second period just as fertile and ‘heroic’ as the first. New registers, always revolving around Juan Gris; artists who worked away from the established Cubism, asserting the plastic possibilities of colour, opting for the aesthetic and communicative qualities of shape, imbuing their compositions with a sense of space and depth… in landscapes and still-lifes which captivate the eyes.

Several of the artists engaged in Cubism played a major role in the modernization of Latin American art, spreading the avant-garde movement geographically in the form of networks, intersections, personal relationships and travel which all transported and transformed Cubism on both sides of the Atlantic. 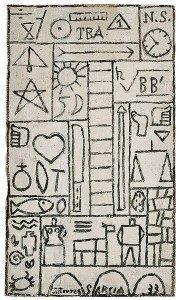 In the case of Uruguayan artist Rafael Barradas and Argentinians Pettoruti and Xul Solar, the impact of this movement is evident. The work of Brazilian Do Rego Monteiro and Uruguayan Torres García started with Cubism yet point to other influences such as Primitivism. A new feature is the calligrams of Chilean artist Vicente Huidobro, a combination of painting and poetry that combines image and text. Spanish artists Joaquín Peinado and Manuel Ángeles Ortiz also transformed and reinterpreted Cubist language, with the inclusion of landscape in the case of the latter.

The exhibition is rounded off with a documentary by José Luis López-Linares, Juan Gris. Cubism and Modernity, which focuses on the artist’s life and work, presenting him as the most important artist in the new definition of Cubism.

In the Fundación Telefónica app, available in the App Store or Play Store, you can download a free multimedia guide on the exhibition. To access the guide, once you have downloaded the app, click on the icons: ‘Audioguide’, ‘Multimedia Guide’ and ‘Telefónica Cubist Collection’.

The app takes you on a tour of the exhibition which, as well as contextualizing it, gives a commentary on a selection of works. To facilitate visitors’ use of the app, the commented works are listed below, by rooms.