In this period of alarming change, of technological advances, nothing is more necessary, and thus, more current, than to stop and think about our human condition. This is the work of the painter Hernán Cortés: an overview of the work of Hernán Cortés: a deep meditation around who we are, what we share and what makes us unique. His stories can be seen in the painting; his tools, a prodigious technique and an extraordinary sensitivity. A sober style, without artifices or superfluous elements that distract us from what is really important: the person. The really important thing for Cortés is the individual, the human being.

A passionate connoisseur of the history of painting, Cortés has never stopped pondering the secrets of his trade, both theoretically and technically. His eye for the work of the great masters is passionate yet painstaking at the same time.

The painter from Cádiz has managed to breathe new life into the genre of portrait painting, both institutional and private, adding influences from abstract painting, pop art, comics and the world of cinema. Clear records of the contemporary world, a photo, a snapshot of the current world, his portraits of crucial people in the recent history of our country constitute a document of incalculable value.

It is an honour for the Telefónica Foundation to present the work of one of the most significant Spanish artists in the last decades. By doing this we are fulfilling our purpose of serving as a conduit for the expressions of our current society. Because in a time dominated by the tyranny of the short-lived and the excess of banal images, we need to counterbalance it with the intense, composed vision of the artist. And because in the era of automation and Artificial Intelligence, Hernán Cortés asserts one of the basic principles of our conception of the world: the principle establishing the human being as the measure of all things.

Thus, the exhibition ‘Cortés. Portrait and structure’ commissioned by the art historian, Lola Jiménez Blanco outlines a journey through the creations of the artist from Cádiz. It takes a look back at the painter’s career, from a structural point of view rather than a chronological one, analysing his interests, works and the artistic challenges he faced in every canvas, whatever the thematic. The show consists of more than 110 pieces, including sixteen photographs by the artist Maria Bisbal that record the creative process of the artist and his activity as a portrait artist in the parliamentary world. 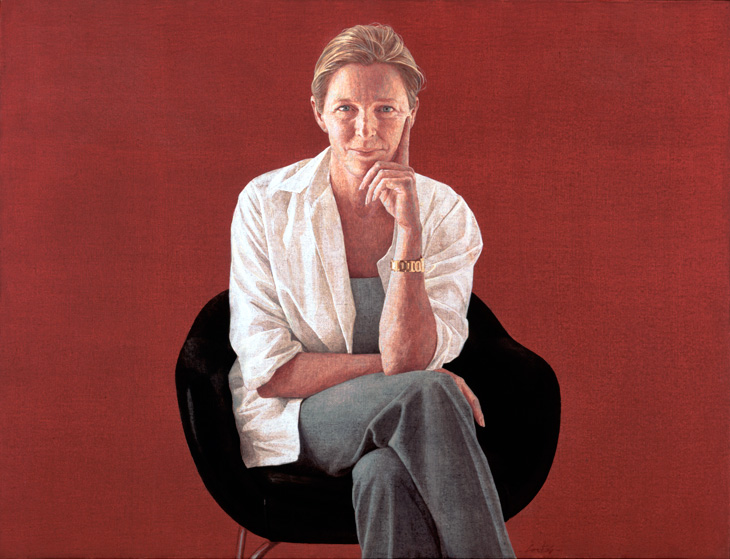 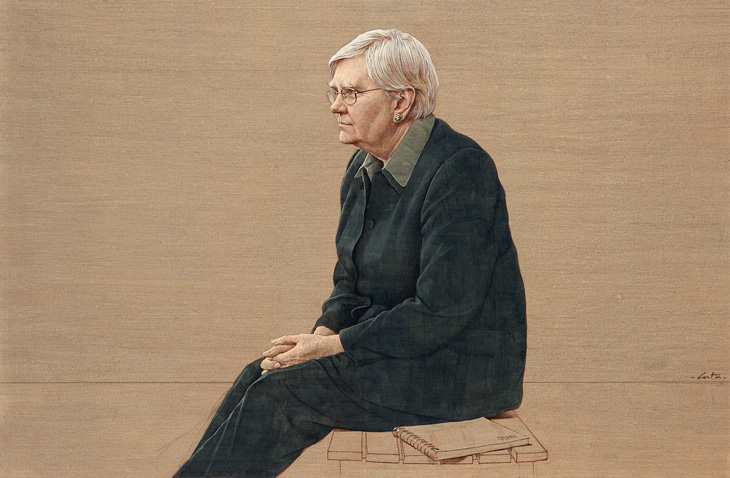 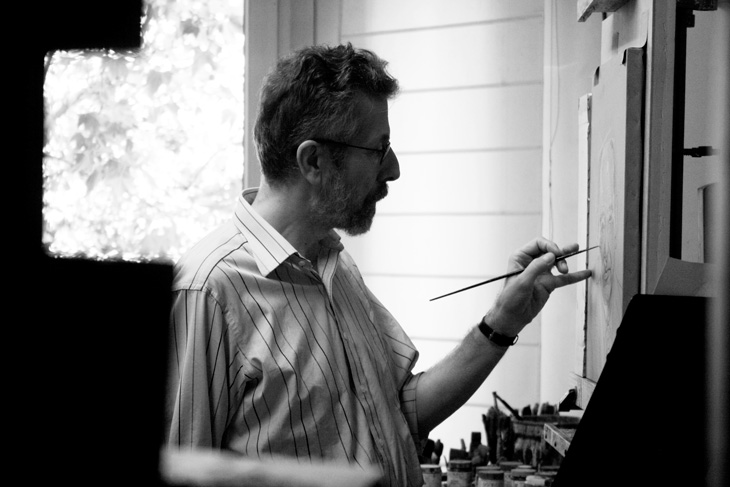 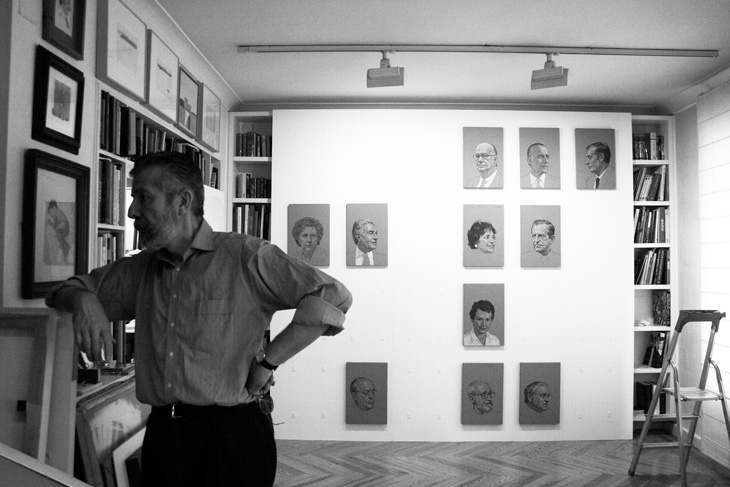 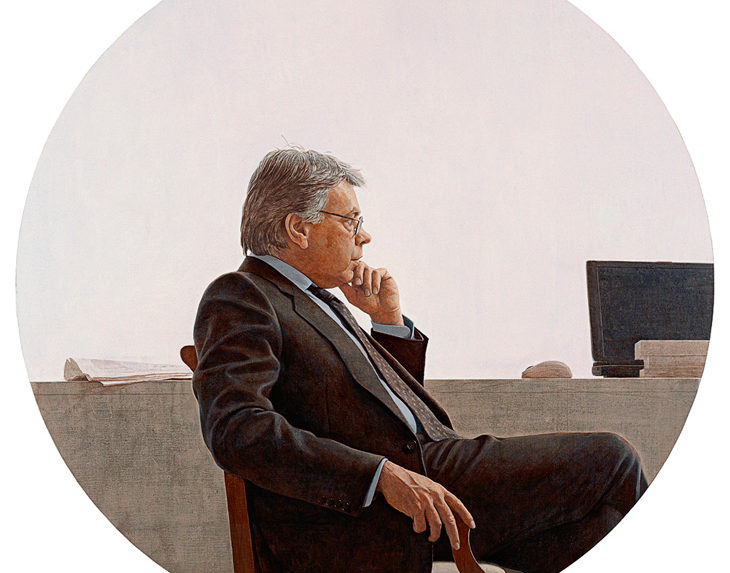 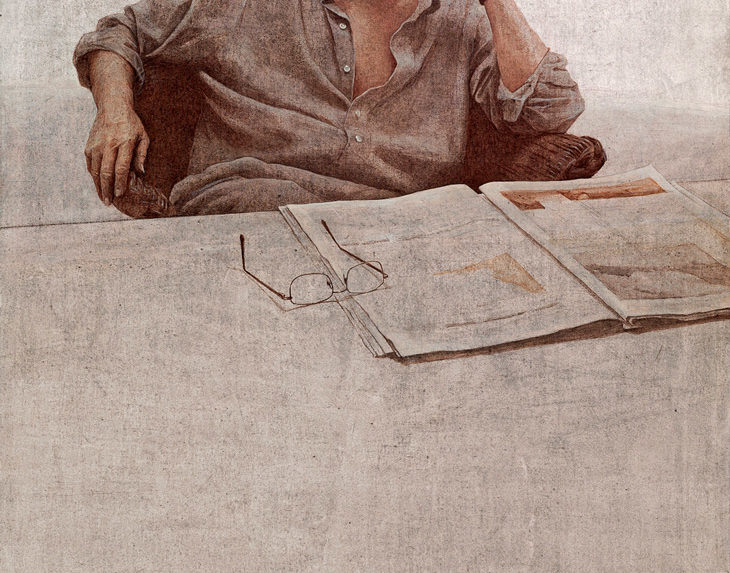 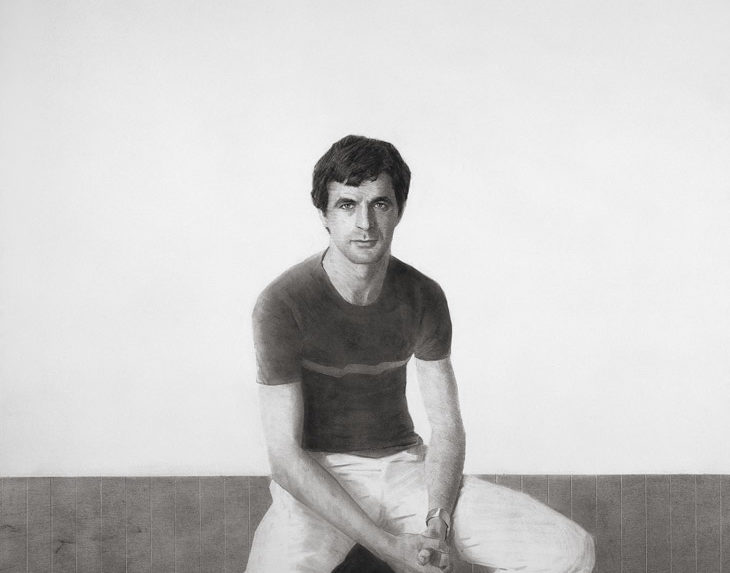 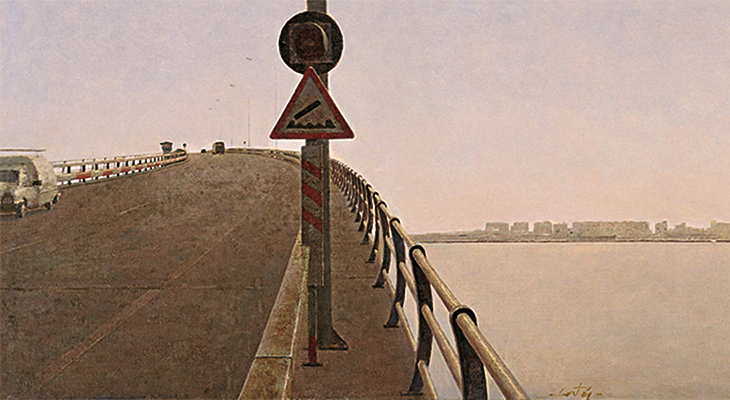 The desire of the human being to contemplate oneself, present oneself, to know oneself or define oneself through the interpretation of their own image has made the portrait one of the most long-standing genres in art history. Thus, the portrait has almost become a good way of getting close to a certain period, a certain place, a certain social group, a certain sensitivity.

This is the case of the portraits by Hernán Cortés, undoubtedly his most famous work, where we can contemplate a parallel record of Spanish life (and not only Spanish) of the latest decades. Some of the characters painted by Cortés have occupied key positions in the cultural, political, economic or social life of the country, but many others, whose names or faces are unknown to the general public, are equally revealing due to the way they are presented to the viewer, the objects around them – or the absence thereof- and also due to the way they are situated and adapted to the canvas. In all of them, portrayed and portraitist identify themselves and amalgamate in the canvases that are now on display.

The way of understanding the portraits of Hernán Cortés is linked to his surroundings, to the contemporary world he lives in, a world that is extremely sensitive to cultural manifestations. At the same time they display another connection: one with a very personal view that is marked by the experience of a certain place, or rather by the visual impact of this experience: I am referring to the Bay of Cádiz, which determines a strong sense of spatial structure in the painting style of Cortés. This is something that is also combined and strengthen with a profound knowledge of contemporary abstraction that finds its roots in the art of the past.

Cádiz has a great influence on him. His images of the Bay of Cádiz speak of something lived, of an individual experience, of a scene of memories. But they also speak a universal language in terms of visual crystallisation of a superior order based on geometry.

On large canvases or on small notes on paper, the Bay of Cádiz, its breakwaters or its seafront, appear as a visual representation of a certain place where formal features, the immense space, the horizon countered by the vertical lines of the cranes, the traffic signs, the palm trees, condition and strike up the pictorial image of the portrait that Cortés has cultivated over several decades, and which is intensely marked by two key concepts: the void and the geometry, almost always orthogonal.

Vertical lines as a constructive element have been, in fact, another one of the formal concerns of Cortés, who studied them in different images dedicated to the Columbus towers or to musical wind instruments placed upright on a surface. They are, in a certain way, a continuation of his study on posts, palm trees, street lights, traffic signs, etc., the vertical lines that compensate the dominant horizon of the Bay of Cádiz, which Cortés notes in a long series of watercolours from the eighties that is shown as a sort of basso continuo throughout his career.

The exhibition ‘Cortés. Portrait and structure’ can be visited on the fourth floor of the Espacio Fundación Telefónica from 13 July to 10 October 2018.
Workshops schedule

The exhibition ‘Cortés. Portrait and structure’ is accompanied by a workshop schedule organised by our learning team. There are workshops for all ages and registration is free of charge. View all the details here.

A production in collaboration with: