The ‘Bill Viola. Mirrors of the Invisible’ exhibition offers an extensive overview of the video artist’s career, which has evolved in parallel to advancements in video technology over the past forty years, while also reflecting on the human condition and the passing of time.

Bill Viola (New York, 1951) is internationally recognised as one of the leading artists of our times and one of the great pioneers of video art. With an artistic career spanning more than four decades, his work is replete with symbolic elements, references to spirituality and the world of art, focusing on universal questions such as birth, death and the passing of time.

It opens up a path to the senses by articulating feelings and evoking emotional states. In his wordless creations, images are felt and listened to, stirring deep-lying emotions. Slow motion and video loops submerge the viewer in Viola’s inner world, deepening their fundamental experience of existence and “awakening the soul”. His works, which always have an extraordinary beauty and intensity, are uniquely moving.

‘Bill Viola – Mirrors of the Invisible’, curated by Kira Perov, the director of the Bill Viola Studio, offers us a broad overview of the artist’s career, which has evolved in parallel to advancements in video technology over the past forty years, bringing together a selection over twenty major works. The exhibition covers Viola’s career from the 1970s, with pieces such as ‘The Reflecting Pool’ (1977-1979), in which he explores the possibilities of electronic imaging using his own body, to the present day, with the series ‘Martyrs’ (2014) in which he uses the latest technology in complex productions with actors and sophisticated camera effects. The use of techniques such as slow motion and loop editing allow the viewer to see the action and the expression of emotions on the faces of the actors in detail, revealing their inner world.

Organised by Fundación Telefónica and Fundació Catalunya La Pedrera, the exhibition, which depicts the search for meaning in the human condition and the transitory nature of life, can be seen on the 4th floor of Espacio Fundación Telefónica from 6 February to 17 May 2020. 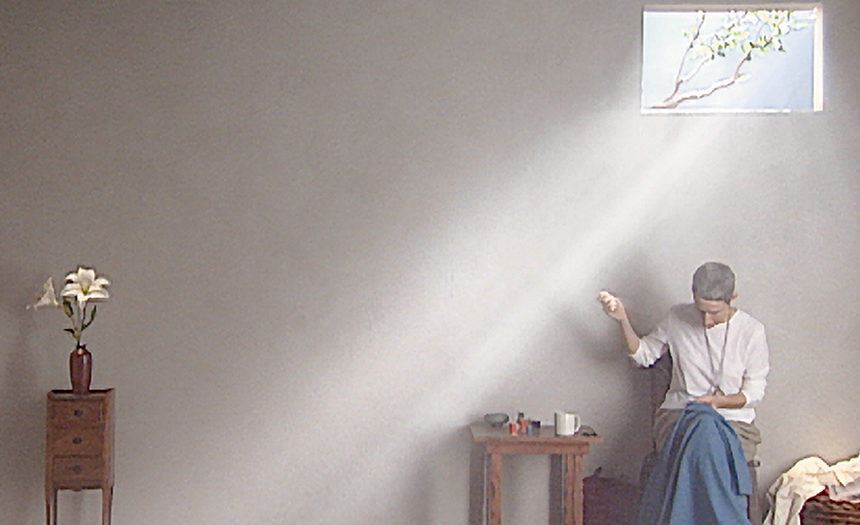 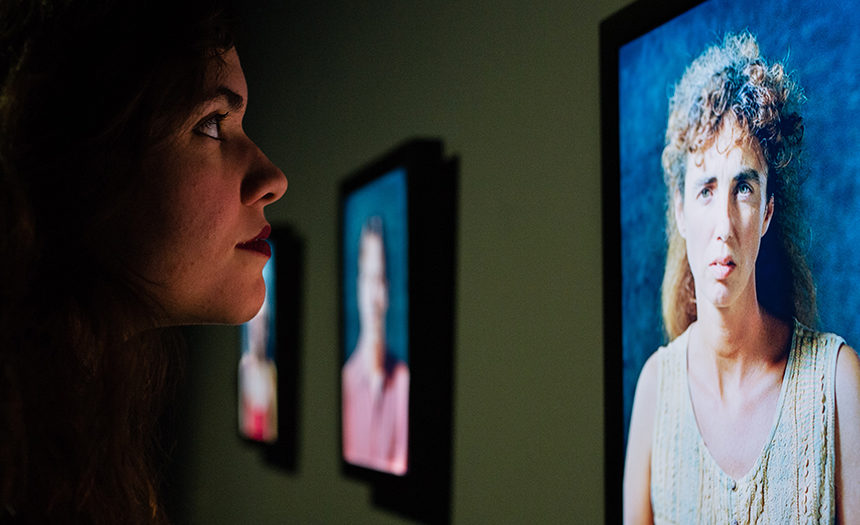 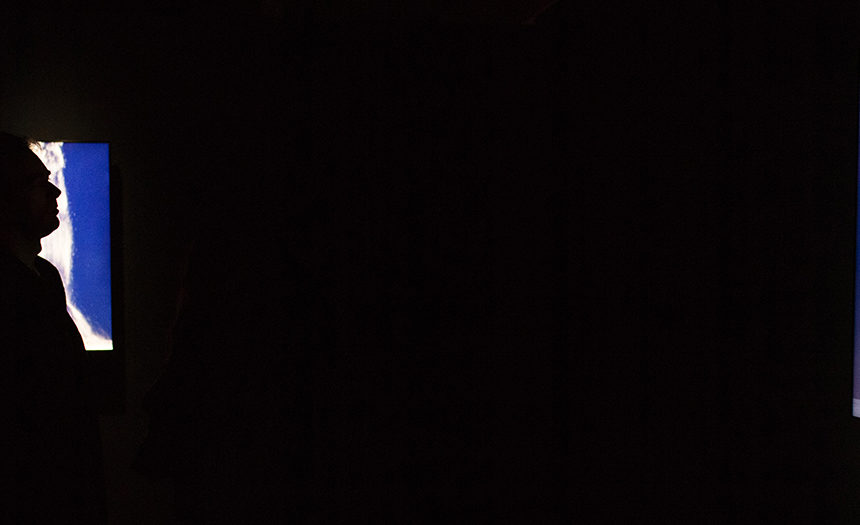 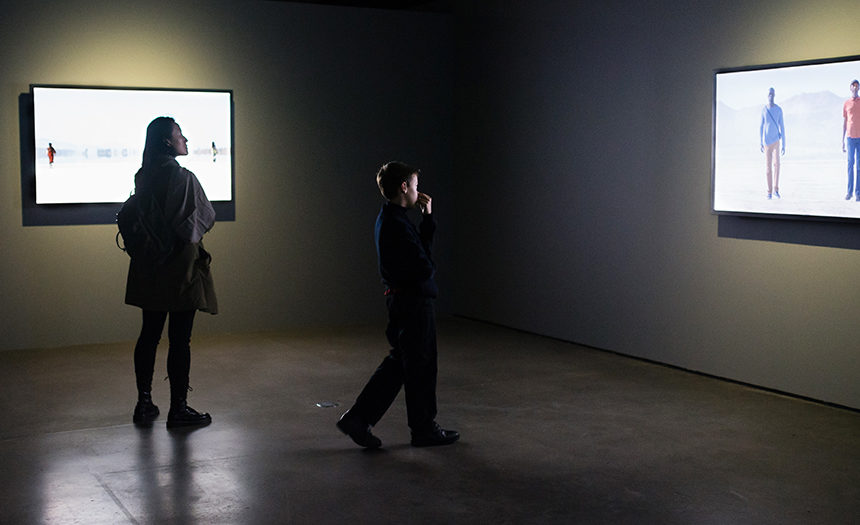 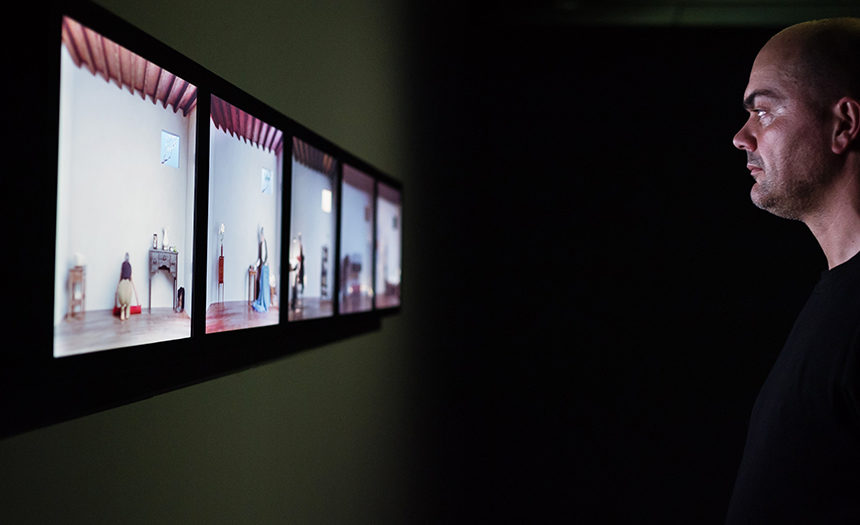 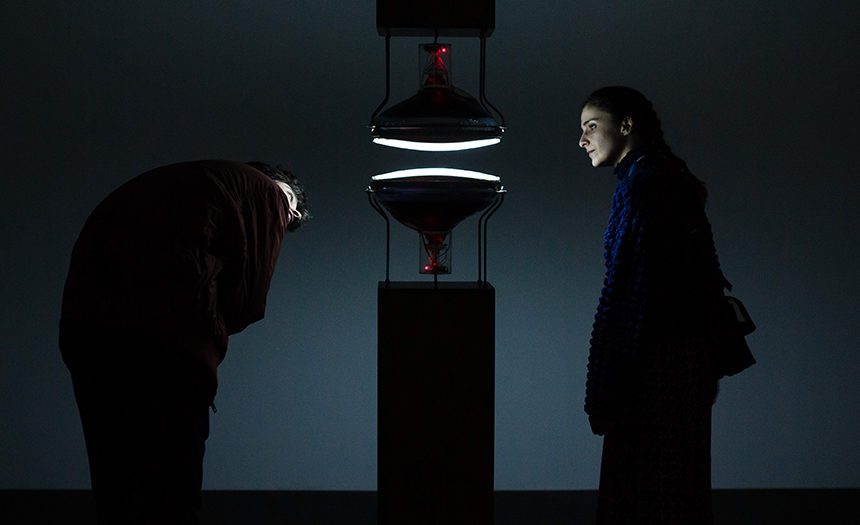 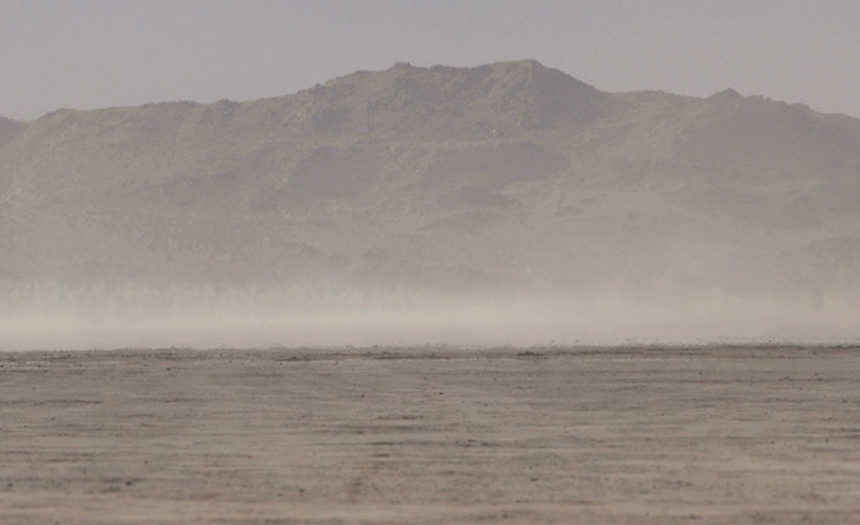 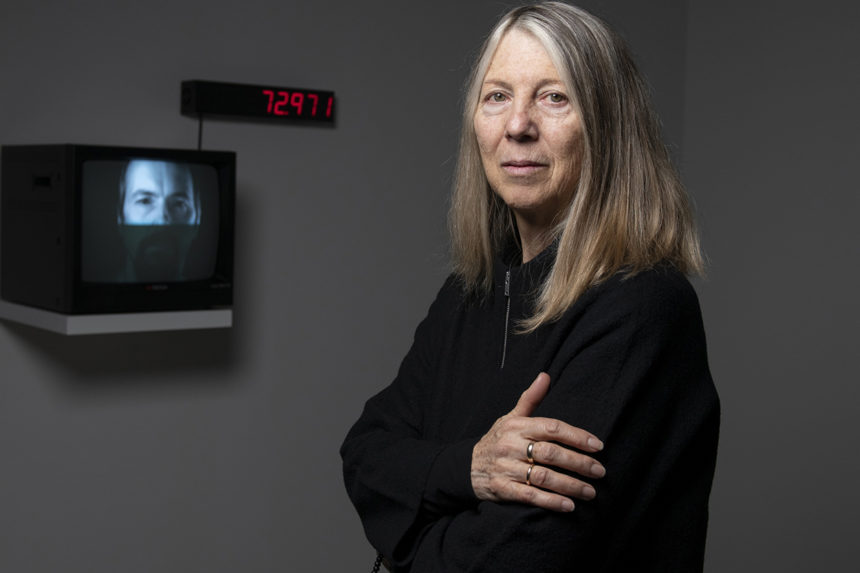 Kira Perov. Director of the Bill Viola Studio and curator of the exhibition. 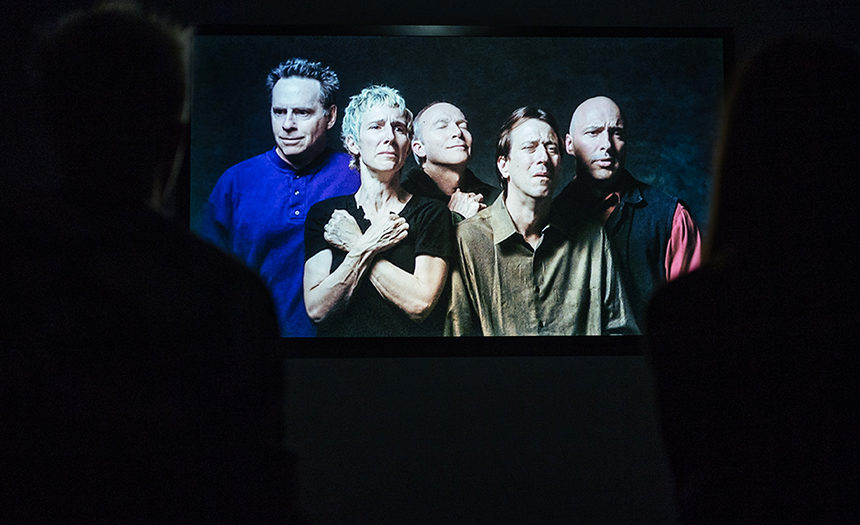 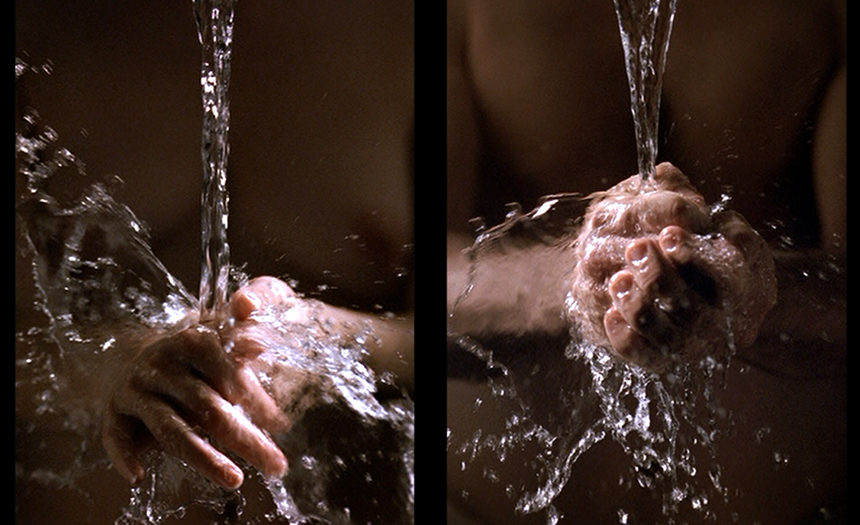 Viola’s work is characterised by its symbolism and references which are continuously repeated to express universal concepts such as life and death, spirituality, the passing of time, space and loneliness, with the artist evolving alongside them..

In his early work, Viola showed his interest in the idea of time, as we can see in ‘The Reflecting Pool’ (1977-79), in which he experimented with the disintegration of a figure diving into a pool in a forest where “time stands still, suspended by a series of actions which can only be seen reflected in the water” or ‘Incrementation’ (1996), a self-portrait in which all of Viola’s breaths are counted as he comes face to face with his own mortality. This fascination for time is also apparent in the sculpture ‘Heaven and Earth’ (1992), which juxtaposes life and death in the faces of an old lady and a newborn child.

Water is another element to which Viola repeatedly returns to symbolise purity, serenity, calm, redemption and peace. ‘Ablutions’ (2015) shows a slow-motion close-up of a man and a woman washing their hands in a purifying act, while ‘Self Portrait, Submerged’ (2013) depicts the artist lying in a stream with his eyes closed, in which water represents an essential element of life, change and the passing of time in its continuous ebb and flow, expressing the future, birth and reflection.

Inspiration from the art of the past, especially the Renaissance and the late Middle Ages, as well as the influence of spiritual traditions such as Zen Buddhism, Islamic Sufism and Christian mysticism call all be seen in Viola’s video installations. From the allusion to ecclesiastical altarpieces in ‘Catherine’s Room’, which represents five intimate moments in the day of a woman performing domestic activities to the four pieces that make up the series ‘Martyrs’ which come from a 2014 commission for Saint Paul’s Cathedral in London, in which four screens show the struggle against the elements – earth, air, fire and water – in the face of the final acceptance of death. The four martyrs symbolise concepts such as action, strength, perseverance, resistance and sacrifice.

Viola’s work has been shown in the world’s most prestigious museums and cultural institutions, such as the Whitney Museum of American Art, the J. Paul Getty Museum in Los Angeles, the Mori Art Museum, Tokyo, the Grand Palais, Paris and the Royal Academy in London,as well as representing the United States at the Venice Biennale in 1995.  In Spain, his work has been shown on a number of occasions, most recently at a major 2017 retrospective at the Guggenheim Museum in Bilbao.

Throughout his career he has received numerous awards and distinctions, such as the MacArthur Foundation Fellows Program Genius Grant in 1989, the honorary doctorate in Fine Art from Syracuse University in 1995, the 21st Premi Internacional of Catalunya in 2009 and the Japan Art Association’s Praemium Imperiale award in 2011.

The Fundación Catalunya La Pedrera, which hosted the Bill Viola – Mirrors of the Invisible’ exhibition in Barcelona in 2019, supports cultural activities that promote the arts and thinking and which foster reflection on how to create a fairer society. It encourages talent, la creativity and education, while striving to preserve our natural and cultural heritage.