Espacio Fundación Telefónica is holding a retrospective on Alberto Corazón (Madrid, 1942), one of Spain’s most iconic designers, with works ranging from the 1960s to 2015. The exhibition, which is curated by Ana Arambarri, includes creations that have become part of today’s Spanish culture. Most of his images and logos are well known by society and have become part of Spain’s collective memory. The exhibition includes a selection of designs created by Alberto Corazón over more than half a century: 132 posters, 115 images and sketches, 145 logos, objects and models.

Fundación Telefónica has thus put together a collection of designs by Alberto Corazón spanning over fifty years. There is no area of graphic or industrial design he has not worked in. He claims that “nowadays, the biggest risk in design is forgetting functionality and accepting that aesthetics must be compromised on. In recent years, pencils have been replaced by computer mice and nothing can ever be as before. This is the case in every way, both conceptually and formally”.

Corazón defends design as an intelligent activity which results from reflection and thought. Creative effort manifests itself through sketches, drawings and diagrams which make up a communication strategy. He believes that excellence in this discipline comes from neurons, never from computer resources.

Designer, painter and sculptor. His conceptual and aesthetic footprint is extensive. He has published around ten books on design and artistic creation, testament to his commitment to his work. A member of the Royal Academy of Fine Arts of San Fernando, he has received awards from the most prestigious international professional institutions, and was awarded the Spanish National Design Award in 1989. This exhibition plunges us into a journey through symbols, objects, and signs. An immersion into the depths of graphic language.

“The origin of design as a profession was the Industrial Revolution, which transformed our natural reality into an environment of objects and signs”. Corazón claims that the designer is the modern hero in this complex environment. The first revolution was triggered by the appearance of books. All areas of graphic arts are involved in book production: design, typesetting, engravings, printing and binding. It is a complex process which requires a high level of skill by qualified professionals. Books are so commonplace that we are not aware of their sophisticated cultural complexity. A humble paperback, bought for a few euros, is the final result of the efforts, decisions, knowledge and experience of professionals who feel a great commitment towards culture. “From those old printing presses, I learn not only a profession, but a way of understanding life,” recalls Corazón. “I learnt to listen, respect, and win respect. I was able to establish a wonderful relationship of exchange with those typographers, proofreaders, machinists and publishers.

Posters, an urban space for reflection

In the early twentieth century, posters were received like a punch in the eye. A cry on the walls of the city. In a grey urban environment, devoid of stimuli, posters lit up the streets with their slogans and radically changed the environment. Over the years, posters lost their advertising effectiveness to new media. Their time seemed to have come to an end. But it is now, in the twenty-first century, that they are regaining their prominence and finding a promising new status. A space for graphic reflection. Corazón, who sees posters as a space for communication and graphic reflection, led a radical revolution using graphic language that was committed to the content of the message to be transmitted, focusing attention on persuasion and evocation. A language which, with its soft elegance, is effective, forceful, direct and empathetic.

Identity is what allows brands to emerge from anonymity, and cease to be a “store label” in the collective imagination. Identity means taking on the responsibility of being who you are: an institution, product or service. It therefore means accepting hostility and criticism or acceptance and recognition. The “signs of identity” designed by Corazón are strongly present in our day-to-day.

Graphic and industrial design, a matter of strategy

Alberto Corazón’s ability to create images with enormous visual power has never distracted him from what is essential to design – strategy. His Corporate Identity and Industrial Design works are characterised by their strict insistence on defining the client’s aims and developing a strategy to achieve these. “The design process”, he says, “is a live journey through the marketplace”. Understanding these concepts allows the right decisions to be made at each stage. His transition from Graphic Design to Industrial Design was a natural evolution. For Corazón, there is no difference at all in how they are approached. This is decided only in view of their different functions. Each Identity represents its own world, in accordance with the characteristics of the company or institution. For him, design is a tool to optimise our relationship with the environment. The designer performs a professional service for the community, the end goal of which is to improve our quality of life.

Chairs, lamps, ashtrays, clocks, a carpet, a board game, chess. Consumer culture provides the domestic environment with an extraordinary range of objects. In this section, objects have not been designed according to personal taste nor according to fashion trends. For Alberto Corazón, these are the archetypes against which any designer should be gauged.
Alberto Corazón is the creator of such iconic institutional logos as those of Paradores de España (Paradores of Spain), RENFE or ONCE, among others. Books, original sketches, documents and posters will be on display. All this reinforced by visual and educational aids consisting of projections and audiovisual media. The exhibition aims to encourage design as a key tool for the promotion of innovation and creativity. 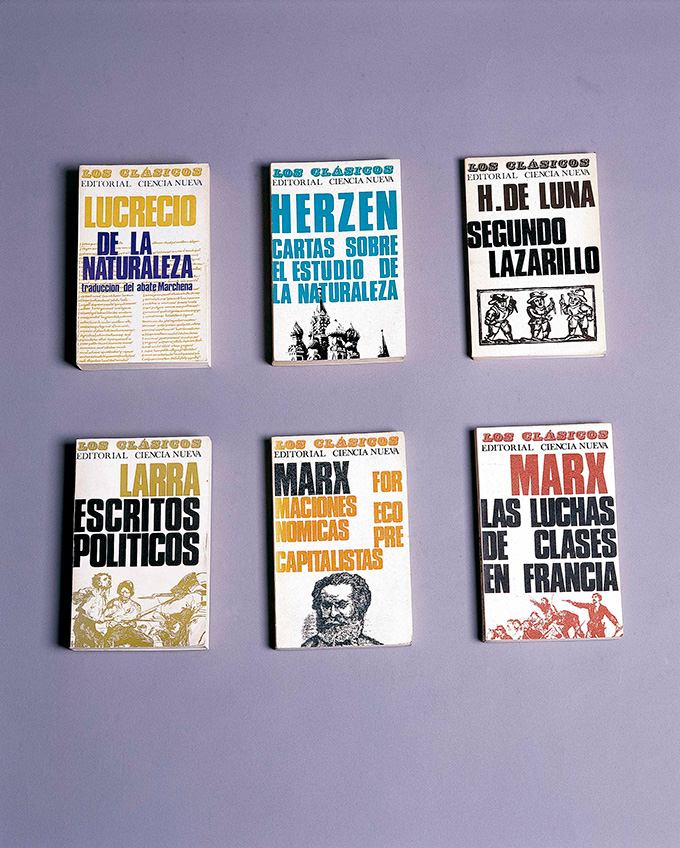 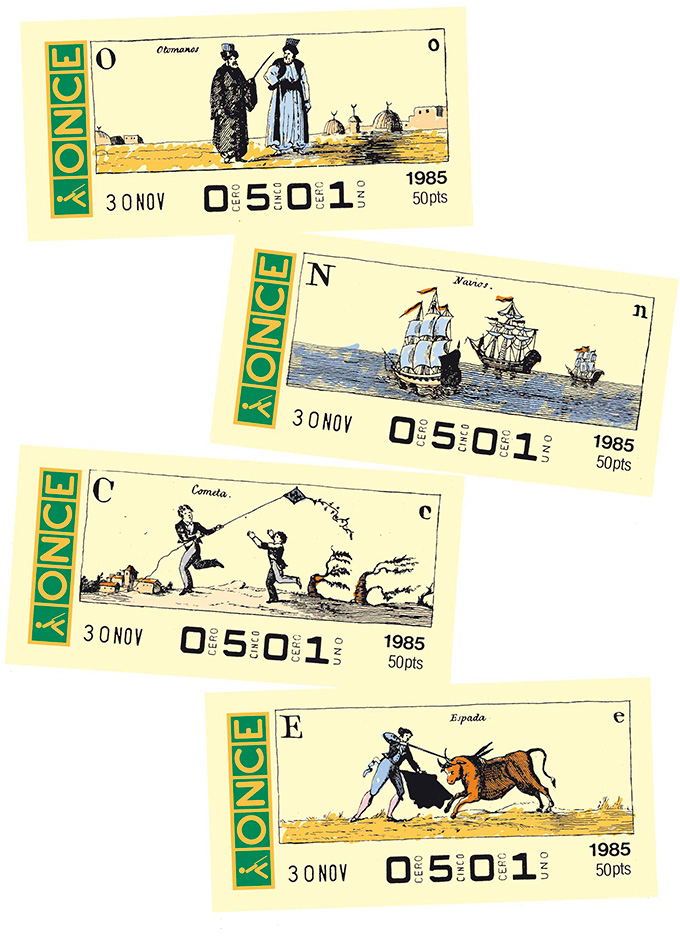 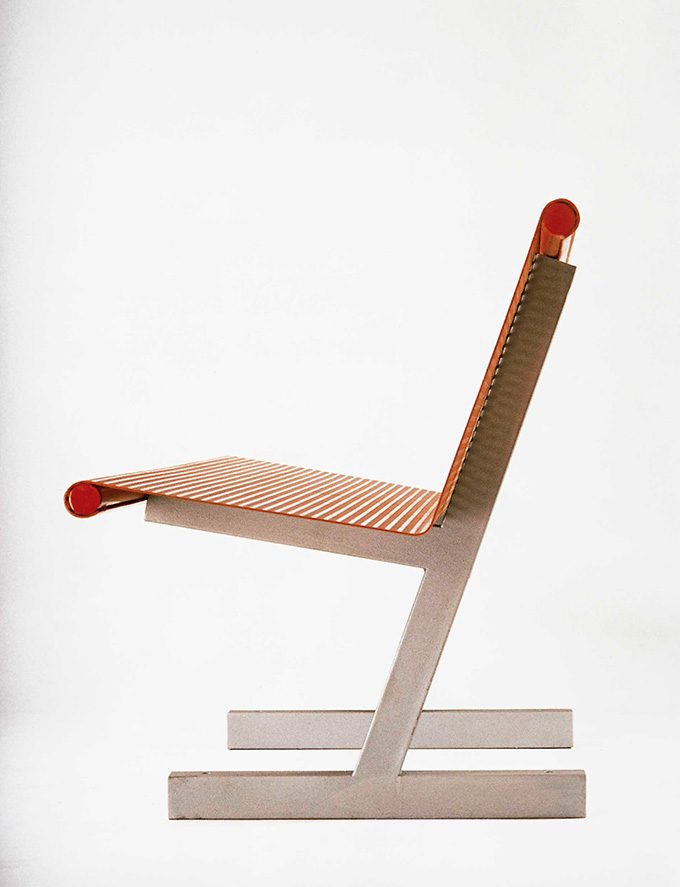 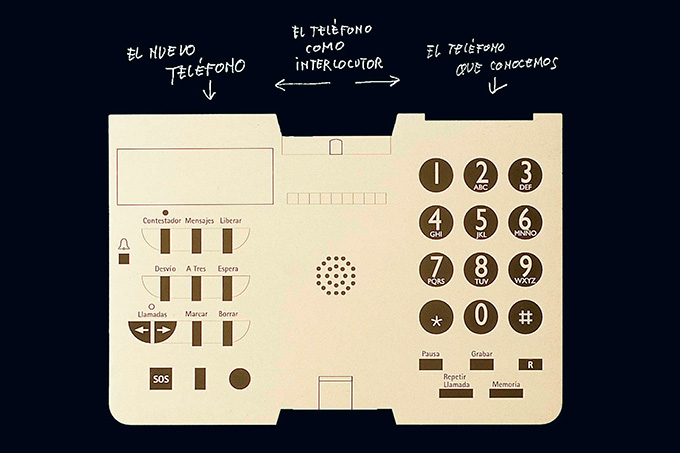 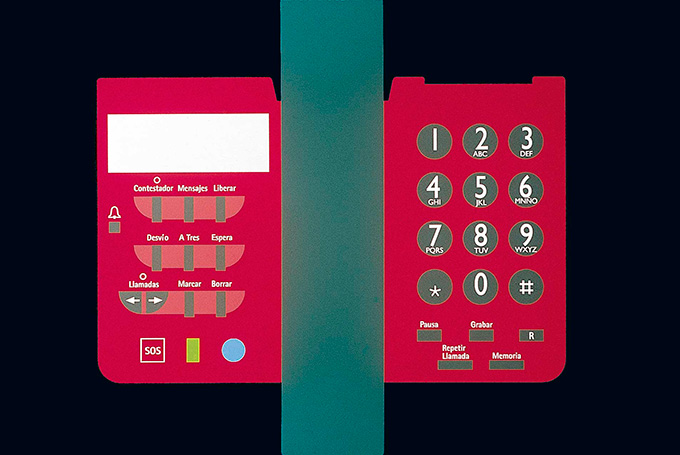 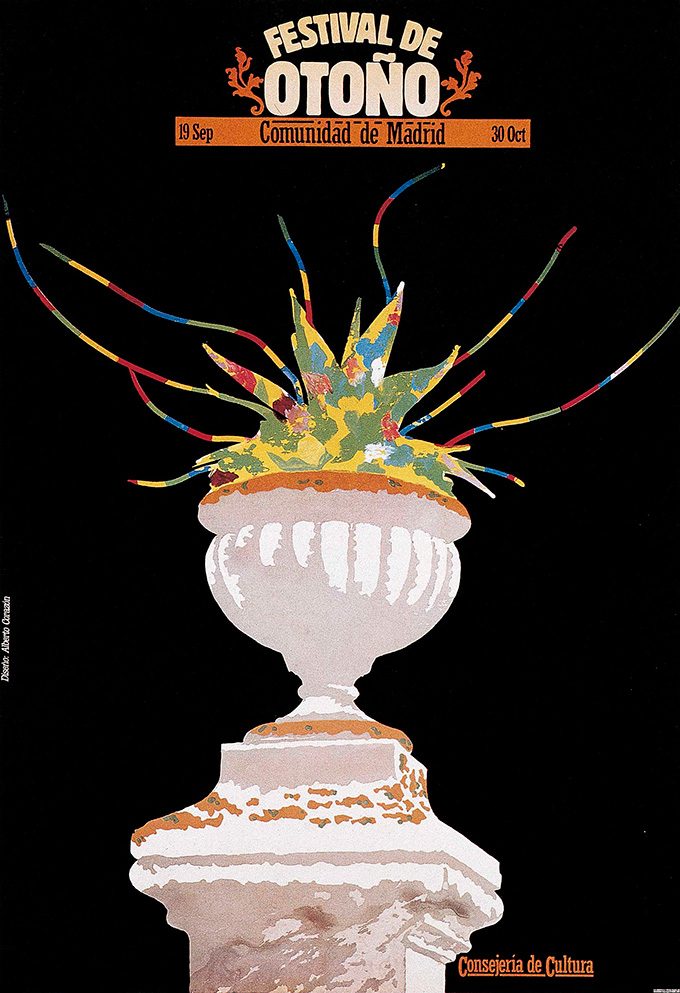 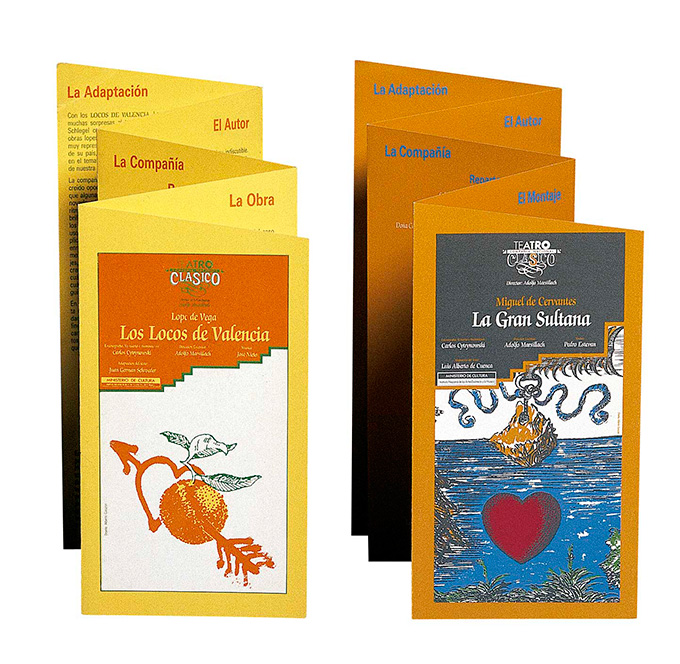