The first monographic exhibition in Mexico of Rafael Lozano-Hemmer at the MUAC.

Rafael Lozano-Hemmer (Mexico City, 1967; now living in Montreal, Quebec) is an electronic artist who creates interactive installations that are midway between architecture and performance art. His main interest is creating platforms for public participation by subverting a wide variety of control technologies.

The show premieres five new works on varying scales, from Zoom Pavilion, a huge projection piece created in collaboration with the Polish artist Krzysztof Wodiczko, to Babbage Nanopamphlets, little gold leaflets that were printed at Cornell University’s Nanoscale Facility. The exhibition also features various seminal works such as Pulse Room, which represented Mexico at the Venice Biennale in 2007, Vicious Circular Breathing, on loan from Istanbul’s Borusan Contemporary, and Standards and Double Standards, part of the MUAC collection.

The title of the exhibition is a reference to the Surrealists’ automatism, an artistic practice founded on the creative power of the subconscious and supported by the concept of the value of the accidental and random. Lozano-Hemmer expands on this notion by suggesting the impossibility of randomness in a machine-like universe, where any pretention of autonomy in any program is only a simulation. In the artist’s words, a pseudomatism aims to make tangible the biases inherent in these simulations. By definition, a pseudomatism is an action that is almost voluntary: while an automaton acts “by itself”, the work of Lozano-Hemmer, in contrast, seeks to act “in relation to.” 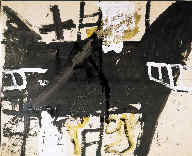