A retrospective curated by Luis Pérez-Oramas which focuses on the individuality of an artist who escapes classification. A new appraisal of the Uruguayan painter ranging from his early paintings in Barcelona at the end of the 19th century to his last works created in Montevideo in 1949. 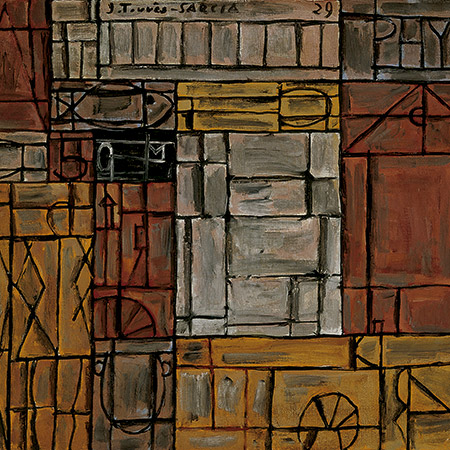 Espacio Fundación Telefónica Madrid presents the retrospective ‘Joaquín Torres-García: The Arcadian Modern’, an exhibition produced by the  The Museum of Modern Art, New York, where it was on view between October 25, 2015 and February 15, 2016, in a collaboration with the Picasso Museum in Malaga, where it will be displayed between October 10 and February 5.

The exhibition spans the first half of the 20th century, looking at the extraordinary achievements of Joaquín Torres-García (Uruguay, 1874-1949) in painting, sculpture, frescoes, drawing and collage, featuring more than 170 works. The exhibition has been organized by Luis Pérez-Oramas, curator of Latin American art at the MoMA, and can be seen from May 19 to September 11 on the third floor of Espacio Fundación Telefónica.

Torres-García (Uruguay, 1874-1949) is considered to be a central figure in the history of modern art. Through his work he adopted the formal freedom of modernity without sharing in the fascination for progress of most modern ideologies, and had as his aim the desire to produce art that was at the same time both temporary and timeless, constructive and symbolic, abstract and concrete.

Joaquín Torres-García: The Arcadian Modern emphasizes the radical individuality of an artist who eludes classification. A central figure in the history of modernism and a key player in the transatlantic cultural exchanges that informed it, Torres-García has captivated generations of artists on both sides of the Atlantic, especially in the Americas, including major North American artists from Barnett Newman to Louise Bourgeois, and countless Latin American artists. As he absorbed and transformed the techniques of modern art, Torres-García remained faithful to a vision of time as a collision of different periods rather than a linear progression – a distinction which is particularly relevant to contemporary art.

The exhibition at Espacio Fundación Telefónica is structured chronologically in a series of important chapters embracing the artist’s entire oeuvre, from his early works in Barcelona at the end of the 19th century to his last pieces in Montevideo in 1949. Of particular note are two key moments in his work: the period from 1923 to 1933, when Torres-García took part in several of the early modern European avant-garde movements while establishing his own signature pictographic-constructivist style: and from 1935 to 1943, when, having returned to Uruguay, he produced one of the most comprehensive catalogues of synthetic abstraction. 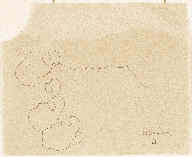