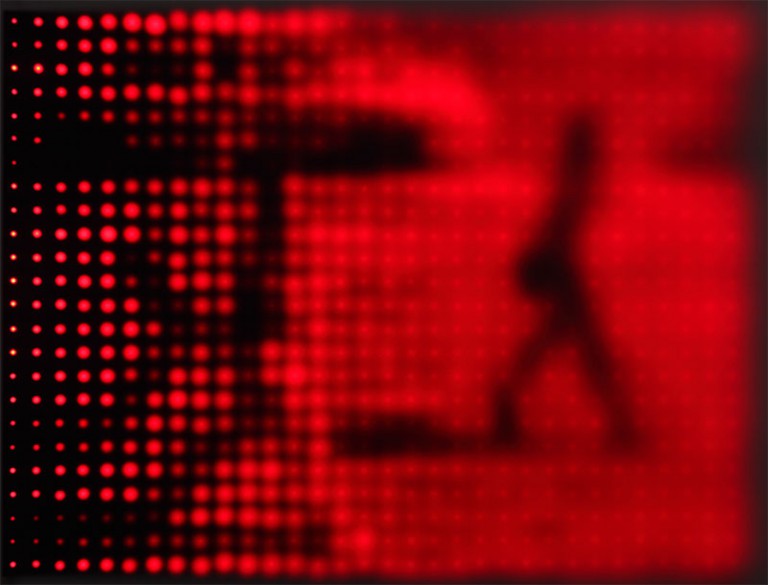 Movement, low resolution, light and abstraction, perception, space and memory pervade the exhibition ‘Jim Campbell: Rhythms of Perception’, the first anthology in Spain of the work of one of the most innovative and renowned artists in the field of light experimentation. The American artist and electronic engineer is one of the pioneers in the use of light technology using LEDs to develop interactive installations of great artistic value.

Coinciding with the International Year of Light in 2015, Espacio Fundación Telefónica is exhibiting Jim Campbell’s work: 27 works based on a combination of video art and light techniques projected onto common reproduction devices such as LEDs, LCDs and monitors or television screens. By manipulating electronics and computing, the artist draws us into a world of visually stunning video installations and light sculptures. LED spheres, pixels, video projectors, frames, electronic circuits and pixellated photographs that produce evocative and provocative images to challenge visitors and question their perception.

“If you try to observe something […], you will influence it”

The exhibition, organised in collaboration with Dundee Contemporary Arts in Scotland, also includes some of his most representative works and latest creations such as Light Topography (Jane’sPool), in which he uses LEDs to create a topographic relief in low resolution of swimmers, which evokes the movement of the waves and the depth of the sea; or Blur, a panel of LEDs which shows the unedited low-resolution video of a New York street scene.

One highlight of the exhibition is the installation titled Last Day in the Beginning of March, a piece including 26 light bulbs which recreates the last day in the life of the artist’s brother. Examples of low-resolution works include Exploded View, a 3D constellation of more than 1,000 light bulbs which shows the traces of journeys made by workers, or the series Home Movies 1040, where the artist displays a succession of very low-resolution frames from home videos bought on eBay on an LED screen.

Space and its perception in Campbell’s works

In his work, Campbell plays with the manipulation of space and reflects on the way human beings process and decipher visual information. He often reduces the amount of elements in an image (pixels) to a minimum, taking them to the limits of visual coherence, blurring predefined categories and logical order. Heisenberg’s principle of uncertainty (“it is impossible to specify precisely both the linear momentum and the position of a given object at a single moment in time”) is present in several of his works.

“If you try to observe something […], you will influence it […] The more information you try to obtain from something, the less you will obtain” ,the artist explains. Campbell occasionally places filters and diffusion screens in front of his LED images to “make them more comprehensible”, making them more figurative for the viewer. According to Campbell, “we learn how to look at these images by looking at them”. A luminescent interpretation of the traditional play of mirrors.

The process of “seeing” is a reconstruction of the brain, a re-composition based on pieces of information that pass through various circuits. When we look at something, what we see depends enormously on the context; there are no perceptions in absolute terms. By depriving his images of the necessary references to their surroundings, our synapses become interrupted and this produces an effect similar to the weightlessness of space in our brain. A textual void Campbell uses to explore sensory and mental reactions, and bring new dimensions to the kinetic effects obtained by manipulating electronic systems. 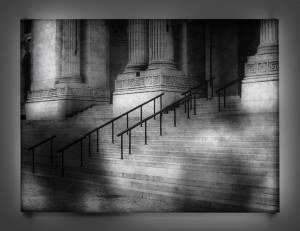 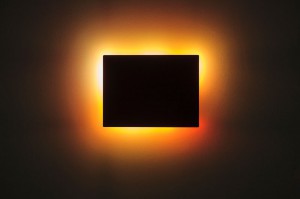 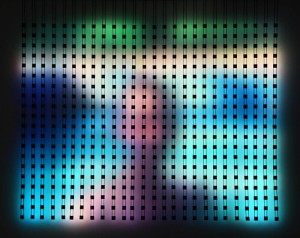 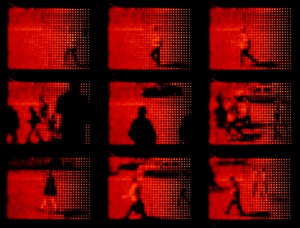 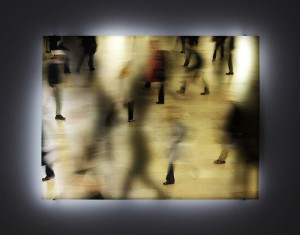