With "The Will to Tell and to Survive Over Time", Enrique Cano pays homage to documentary photography in Spain, and to the professional photographers whose cameras bore witness to the last four decades of this country's history. 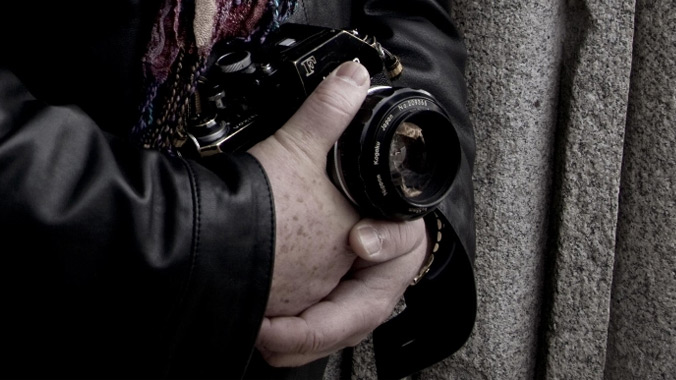 With a “generational viewpoint”, Cano needed two years to select the photographers who were part of the most important generation of graphic reporters in Spain, names that up until now had remained faceless.

In Cano´s words, the show brings together the course of history in Spain and his own, given that they are colleagues. In fact, the 54 individuals portrayed are photojournalists who, in some cases, still make a living from their profession from an artistic, documentary or journalistic point of view, while others have retired, the art form continuing to serve them as a personal hobby. Among the photographers in the exhibition there are several National Photography Prize and World Press Photo winners.

These 54 photographers have captured historical moments, ranging from social to cultural to political events of the second half of the 20th century, and have been essential to understanding Spain’s past, present and future. Their photographs bear witness to key events such as episodes of the Spanish Transition, from the political transfer of power from president Carlos Arias Navarro to Adolfo Suárez, to the failed coup on 23 February 1981, and social milestones, such as the movida Española (Spain’s cultural explosion) in the 80s, the achievements and disappointments of Spanish football in the 70s, prostitution in Barcelona and, in the cultural arena, the festivities, traditions and events that are part of Spain’s idiosyncrasy.