Bitcoins were last year's best investment, according to the acclaimed Forbes magazine. They also show the potential to disrupt payment methods, in the opinions of the financial consultancy firm Merrill Lynch and the US Congress

This P2P electronic currency operates without banks or intermediaries – transactions are made and virtual currency is issued collectively over the Internet. Anyone can get involved – it’s public and open. The Bitcoin is, therefore, a form of technology that could shake the foundations of the financial sector.

In fact, the possibility of exchanging money without intermediaries has led financial institutions, credit card brands (such as VISA or MasterCard) and even PayPal to realise how serious the threat could be for them, on a par with P2P downloads in the music industry and Over-The-Top content for telcos. The end of an era, a drastic change in the model that will lead the sector to reinvent itself.

Some of the drivers of this revolution revealed what the idea consists of, how it is being developed, the challenges it faces and the future we can expect – all during the round-table titled “Bitcoin, Technology that will Transform Payment Methods”, which was held on 20 May 2014. 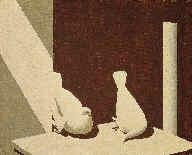