In 2016 we’re continuing to unite efforts in Spain in the fight against youth unemployment with a new edition of the Employment Launch Pads. This year, Fundación Telefónica and Fundación Santa María la Real are setting up 145 new launch pads as part of an initiative that will help some 3,600 young people across Spain to find a job in an initiative that also enjoys the support of the European Social Fund.

This new initiative has been kicked off with 15 new launch pads, which will go into operation from March in various Spanish cities. Each Launch Pad will comprise 25 young people who are currently unemployed, aged up to 29 in the case of men and 34 in the case of women. The registration deadline for these initial launch pads will be 4 March.

What are launch pads?

A launch pad is a group of unemployed people who sign up to the programme to work as a team, strengthen their skills and collaborate in achieving a common goal: finding employment. The Employment Launch Pads and Supportive Entrepreneurship programme introduces a new methodology to the field of social interventions in unemployment.

The launch pads take a proactive and more optimistic approach to snap unemployed people out of their feeling of isolation and disillusionment, get them working as a team with other people who are in the same situation, strengthen their skills and help them find a job.

Each launch pad is made up of a team of some 20 unemployed people under the age of 35 who, for five months, hone their skills and abilities while actively searching for employment to get a foothold in the labour market.

The group is guided by a coordinator or coach who helps them to form a cohesive group and to work as a team, to hone their skills, to generate collective knowledge and to collaborate in achieving a common goal: finding gainful employment, whether this involves working for someone else or as a self-employed professional.

Each launch pad group meets three days a week for group coaching sessions which work on emotional intelligence, communication and creativity. Groups are also given guidance on new techniques for drawing up and presenting CVs, how to cope with job interviews, preparing employability maps and learning how to work on personal ‘branding’ to set themselves apart and give them a better positioning in the labour market. It is also important to tackle the search for business opportunities and what steps need to be taken to start up your own company.

As well as these meetings, each participant has a series of individual weekly sessions with their coach to provide more personalized guidance and advice. 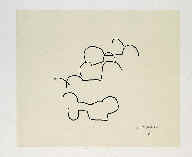